SHAMS Center: Postponement of the Palestinian Elections: When the leadership flouts its constituents, risks their present, and meddles with their future 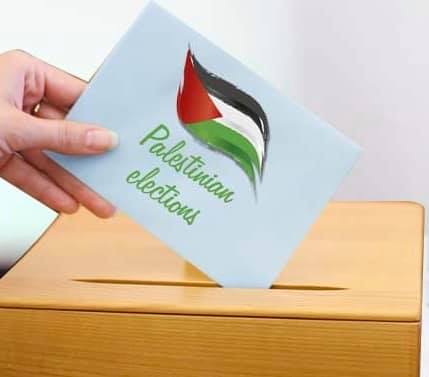 A Statement for Immediate Release

Postponement of the Palestinian Elections: When the leadership flouts its constituents, risks their present, and meddles with their future.

The Human Rights and Democracy Media Center “SHAMS” Followed with tremendous concern and deep regret the decision to postpone public elections, which followed a presidential decree issued on 15/1/1021 that ordered the organization of elections after 15 years of political inactivity and continuous destruction of constitutional institutions. Upon its issuance, the presidential decree represented a fragile and possibly a final initiative of hope. After the issuance of the postponement decision, it seems like the bitter Palestinian political narrative will continue.

This direct decision to postpone the elections is subsequent to numerous efforts to prepare the social consciousness and public opinion for such a move. These efforts started with statements shortly after the issuance of the presidential decree that undermined the possibility and seriousness of holding the elections, taking advantage in the process of the already existent crisis of trust between citizens and their political system, which is expected to be unprecedentedly deepened after this decision to postpone the elections. Some of these voices are affiliated with power centers that benefit from the current division in the political environment and whose accumulated influence and personal interests would be threatened by the achievement of public interest through holding the elections and renewing the political system.

This decision comes as a reminder of that which has already been known: the political system adheres to no sacrosanct deadlines. This was particularly clear in the Supreme Constitutional Court’s interpretative resolution to dissolve the Legislative Council and hold local elections at the end of the year 2018 which, despite its unconstitutionality and political motivations, nonetheless tied the dissolution of the elected Legislative Council with the subsequent holding of legislative elections at the president’s initiative within 6 months of the resolution’s date, which never took place even after years. Therefore, coupling the decision to postpone the elections with a temporal deadline has no value as evident in previous experiences, which have proved that that which is temporary is indeed permanent and that it is impossible to project the trajectory of the state of chaos at the public sphere.

“SHAMS” Center Observes with great frustration and anger the decision of numerous political factions to prioritize the re-configuration of their internal ranks and issues over public interest, export their internal crises to a public sphere that is already in plight, and buy time to secure their own interests in remaining in positions of power over citizens’ greater interest embodied in their right to grant legitimacy to newer institutions and select leaders who would then work to resolve accumulated problems at various levels. Such a decision reflects a selfishness that amounts to political corruption as partisan interests are prioritized over public interest and the state’s assets.

“SHAMS” Center Reminds that the elections are a periodic constitutional obligation and are not the charitable endowment of any party. The absence of the elections’ periodicity ignores the Basic Law and violates the logic of democracy in which authorities are periodically returned to the people, their source, who in turn delegate or re-delegate whoever they see fit. It is also a violation of what has been stated in the Universal Declaration of Human Rights in clause (3) of article (21), which states that the “will of the people shall be the basis of the authority of government; this will shall be expressed in periodic and genuine elections,” of what was also stipulated in the International Covenant on Civil and Political Rights, and other legal international frameworks.

“SHAMS” Center Emphasizes that this postponement represents an unprecedentedly clearcontempt by the Palestinian leadership in the past few years of its people, their free will, desires, and aspirations. By postponing the elections, the leadership risks the people’s present and meddles with their future in a state of complete blunder. The postponement entails extremely dangerous and possibly irreparable ramifications on citizens’ trust in the political system, ruling class, and the national movement. Furthermore, it promotes a state of indifference and general frustration, the increasing absence of political and social effectiveness, and fatally impacts the principle of citizenship through practices that suggest that the current political system has transformed from a framework that is in place for the protection of all Palestinians to an entity that protects the interests of few powerful figures at the expense of public interest.

The postponement leads to an increasing weakening of principle of the rule of law within a political scene that bends the constitution and the laws, particularly articles (2, 5, 26, 34, 47) of the Basic Law and the decree law 2007/1 regarding the elections, none of which make a reference to the legality of postponement or the party or institution that is authorized to make such a decision. This opens the door wide open to controversy, supported by the legal vacuum, of the president’s authority to pursue such a step in light of the applicable law and without any legislative amendments.

Despite the disastrous consequences of the decision to postponement the elections, it is nonetheless impossible establish a separation between the elections and the extremely negative consequences suffered by the democratization process, democratic practices, and subsequent implementation of the principles of the separation between authorities, rule of law, independence of the judiciary, monitoring the executive authority, promote participation, equality of opportunities, and others.

1. The importance of holding legislative (parliamentary), presidential, and local elections on their announced dates and not postponing them under any pretext whatsoever.

2. The center invites national movements, civil society institutions, active actors in the cultural sphere, academics, individuals in the legal field, and all of society’s factions and groups to stand up quickly and decisively in the face of this chaos and exert pressure towards the implementation of the Palestinian people’s right to elect its leadership, practice democracy, renew its political system, and formulate the parliament, the function of which is to monitor and issue constitutional legislations effectively.

3. The center calls on the international community and its various institutions to live up to their responsibility and exert pressure on “Israel,” the occupying power, to enable the Palestinian people in all their areas of residence to practice their rights and particularly political and civil rights.