“SHAMS” Center : The use of excessive force against the worshipers increases the tension in the street and establishes a black phase 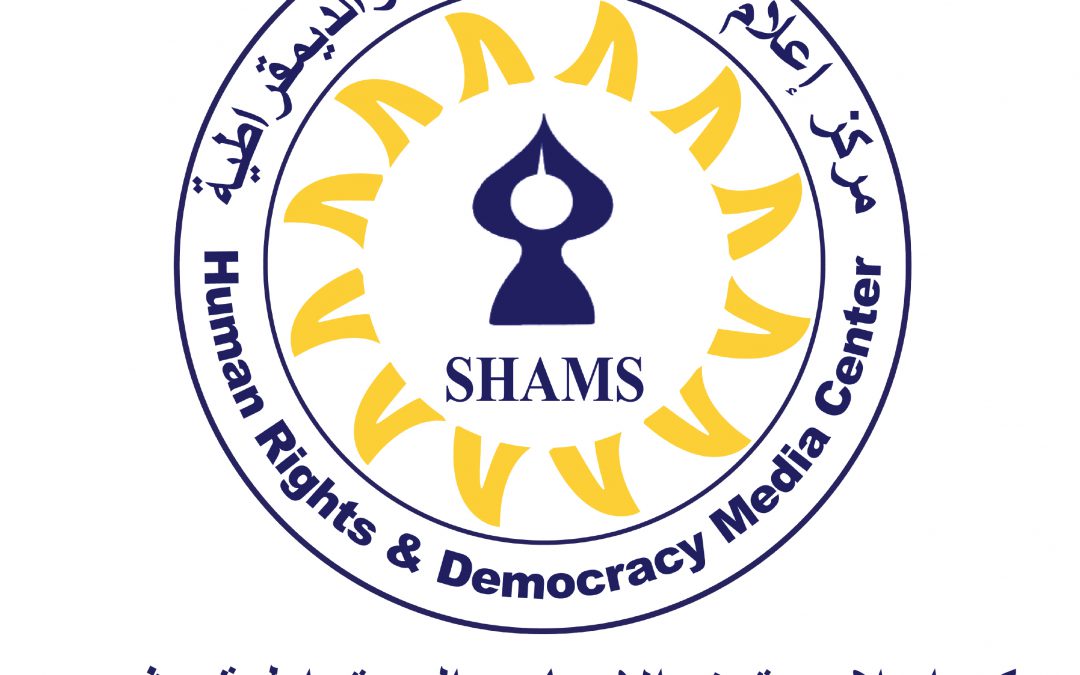 With much concern and condemnation, “SHAMS” Center followed up the excessive use of force by the Palestinian security services to disperse Palestinian citizens as they gathered to perform Friday prayers on 1/1/2021 in separate mosques in the Hebron, Bethlehem, Tulkarm, Jenin and Qalqilya governorates. The repression operations included attacks with batons, rifle butts, firing in the air, firing of tear gas canisters, and the arrest of a number of citizens.

“SHAMS” Center understands in principle the importance of health measures, in light of the outbreak of the Coronavirus, which has caused a change in the lifestyle of all peoples at all levels, stressing the importance of citizens’ commitment and understanding of the closure procedures in accordance with official decisions, which is what is being done in all countries, among which are Arab and Islamic countries, including places of worship. The importance of these procedures is doubled, especially in light of the fragility of the Palestinian official structures and their limited ability to respond to the rising curve of injuries, whether at the health, economic or other level.

“SHAMS” Center categorically rejects resorting to security solutions and the use of excessive force in suppressing worshipers, including children, women and the elderly, and imposing closure and separation measures in this violent manner. Especially in light of the inviolability of places of worship, freedom of access for believers, the right to freedom of thought, conscience and religion, and the freedom to express them through education, and practice of rituals, according to what was stipulated in Article (18) of the Universal Declaration of Human Rights, and Article (18) of the International Covenant on Civil and political Rights  with its four clauses, which include the right of every person to freedom of thought, conscience and religion, and his freedom to demonstrate his religion or belief in worship, observance of rituals, practice and education, alone or with a group, and in front of the public or separately.

“SHAMS” Center reminds that despite what human rights conventions and charters have permitted, the freedom of a person to express his religion or belief may be subjected to restrictions imposed by law and which are necessary to protect public safety, public order, public health, public morals, or the rights and fundamental freedoms of others. However, considering the prohibition of gatherings in places of worship for a health necessity cannot in any way be taken as a justification for the use of excessive force and to justify and legitimize repression practices that violate human rights.

“SHAMS” Center considers these unfortunate events as a renewed and dangerous indicator of the growing gap between the Palestinian street and its political system, and the decline in confidence in it. By linking this to what follows such events of hatred and incitement, calls for revenge, the publication of pictures of the injured, defamation of security personnel on social media platforms, and violent speech affecting civil institutions, these practices establish a dark black phase, entitled taking the law by hand, endangering civil peace, settling of scores, and returning for the security chaos square.

” SHAMS” Center warns that this chaos could put big question marks about the role of the Ministry of Endowments and the extent of its administrative ability to oblige its employees in charge of mosques to abide by decisions aimed at preserving public health and safety. At the same time, we mention that the official establishment, both political and security, has still not taken effective and accurate steps in dealing with wisdom and balance with calls for incitement to break health decisions, or to use places of worship for incitement from political grounds, it was much easier for them to repress the citizens and increases the tension. Also, an essential part of the problem that cannot be ignored is the contradiction in the application of official closure decisions and practices that suggest the existence of double standards and lax in the enforcement of the law in some sectors compared to some tightening in others, which leads to a decline in confidence in the government and a decline in commitment to its decisions.

Accordingly,” SHAMS” Center stresses the need to do the following: